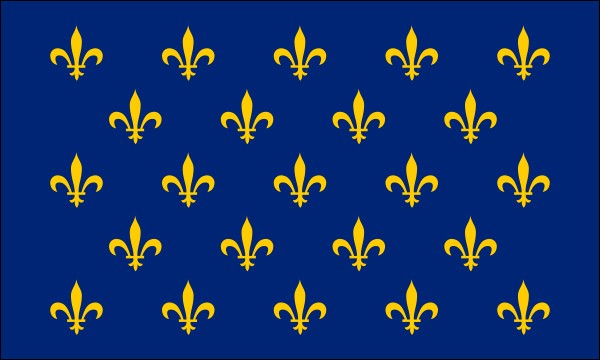 The motif of this banner, a blue bunting, sprinkled with golden lilies, was probably rediscovered by King Ludwig VI. at the beginning of the 12th century and recreated as the banner of France. The lily banner was widely used because it was more than just a famous individual piece like its predecessors, it became a royal, even a national symbol, which was also adopted by the Valois (1429-1589) and the Bourbons (1594-1792). From 1365 (other sources mention 1376), however, the number of lilies was reduced to three, which was also practiced on the banners.

Source for image and text, and more information about the country and flag, also in English, at: www.flaggenlexikon.de and there under France