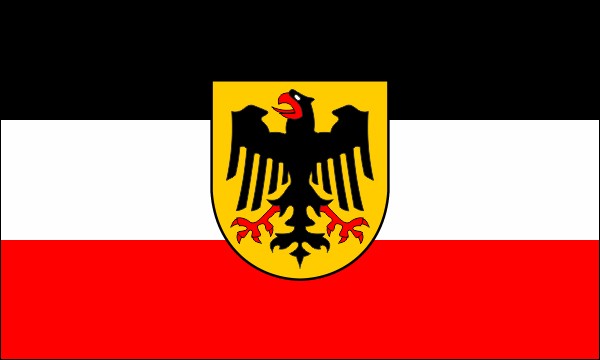 This was the official flag of imperial authorities of the German Empire, ashore, in the time of 1919 to 1933. Like all flags to be used on land, it also showed the colors black, red and gold. The official flag does not show the national coat of arms, but the so-called federal shield. The shape of the eagle in the federal shield differs from the style of the eagle in the national coat of arms. In 1926 the colors black, red and gold were added to the upper corner of the flag. The German Empire of that times is also known as the "Weimar Republic".

Source for image and text, and more information about the country and flag, also in English, at: www.flaggenlexikon.de and there under German Empire (Weimar Republic)