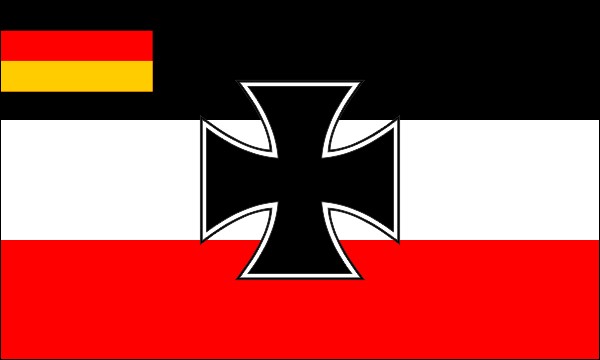 The flags of the German Empire appeared between 1921 and 1933 on land in black, red, and gold, and the naval flags were retained in black, white, and red. The Hanseatic cities did not want to do without the familiar appearance of their black, white and red flagged merchant ships. In addition, it was a concession to the political right, or to the monarchists. This rule was also applied to the naval and war flag. The German Empire of that times is also known as the "Weimar Republic".

Source for image and text, and more information about the country and flag, also in English, at: www.flaggenlexikon.de and there under German Empire (Weimar Republic)